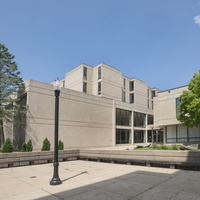 “All the world's a stage,
And all the men and women merely players;
They have their exits and their entrances,
And one man in his time plays many parts,
His acts being seven ages.”

Thus begins one of Shakespeare’s most famous speeches, spoken by the misanthropic Jacques in the comic masterpiece, As You Like It. It is also the basis for a new string quartet, composed by Professor David Maki (School of Music) and performed by the Avalon String Quartet. This piece, specially commissioned by the College of Visual and Performing Arts in honor of NIU’s 125th anniversary, will have several parts, each introduced with the accompanying text performed by Professors Stanton Davis and Patricia Skarbinski of the School of Theatre and Dance. We hope you’ll join us at the world premiere of this exciting marriage of great music and theatre!