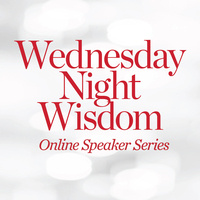 Have a passion for music? Hear from NIU alumni who are working members of the music industry.  Join May 5th's NIU College of Business Wednesday Night Wisdom online speaker event on “Careers in Music.” Our panelists will discuss the who, what and how of the music profession.  Register at: go.niu.edu/wnw

Our guest speakers include:

Bob Bergland, ’71 ACCY, ’75 MBA, is the co-founder of the iconic rock band “The Ides of March.” The band’s smash hit “Vehicle” peaked at number one in May 1970, is still a popular download and in high demand for commercials, movies and TV shows.

Scott Burton, ’84 COMM (emphasis in Radio/TV/Film), is the VP of Promotions for The Orchard, a division of Sony Music. Burton oversees the Alternative Department. He has worked in the music industry for almost 40 years.

Russ Devereaux is associate director and program advisor to the Department of Operations Management & Information Systems. He is an author and very creative guy with an incredible love of music.