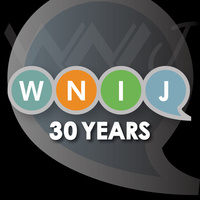 Tune in to celebrate 30 years of WNIJ this April!

89.5 WNIJ-FM is celebrating 30 years of public broadcasting this year — we went on the air April 28, 1991 — and we're asking you to join us! Tune in throughout April for "30 Reasons to Love WNIJ." The feature airs daily during "Morning Edition" and "All Things Considered," or listen on our mobile app or at wnij.org.

Catch up with former WNIJ staff who have gone on to bright careers in public broadcasting, hear stories of pivotal moments in WNIJ history — and the history our reporters have covered — and learn why other listeners love to learn something new every day from NPR and WNIJ.