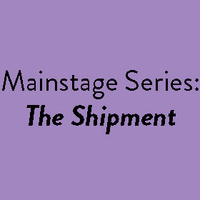 “[Young Jean] Lee is a facetious provocateur; she does whatever she can to get under our skins—with laughs and with raw, brutal talk . . . [and with] so ingenious a twist, such a radical bit of theatrical smoke and mirrors, that we are forced to confront our own preconceived notions of race.”—Hilton Als, The New Yorker

Lee, a Korean-American playwright, actor, and director, collaborated with black actors to create The Shipment, a play that explores African-American stereotypes, experiences, and their history as minstrel players using razor-sharp humor to challenge and unsettle theatregoers over their own racial biases. The play begins with snapshots of African-American clichés: a foul-mouthed, ranting comedian, a young rapper who ends up in prison, and ends with a twist that will compel audience members to consider the many ways they may view the world through racial lenses.

The Shipmentwill dare you to laugh as it overturns the stereotypes of African Americans that run rampant in our everyday lives.