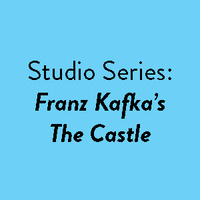 By Franz Kafka, Adapted By David Fishelson and Aaron Leichter

From Dramatists.com: Cited as one of the 100 greatest works of fiction of all time by a panel of international writers in 2002, THE CASTLE remains "Kafka's most magical novel" (New York Times). By turns sexy, comic and horrifying, this new stage version of THE CASTLE tells the story of a man who decides to fight a monstrous bureaucracy rather than give in to it, attempting and failing to gain entrance to a castle where he has been summoned to work. In its surreal depiction of an all-powerful organization (which some, including Thomas Mann, have called a metaphor for God), THE CASTLE is a black comedy for our times.