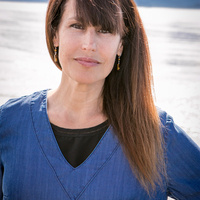 Canceled: CANCELED - Stolen Heritage: A Collaborative Approach to Recovering the Past

Title: "Stolen Heritage: A Collaborative Approach to Recovering the Past"

Description: On April 1, 2014, after months of investigative work and intensive planning, FBI agents finally knocked on the door of a private collector in rural Indiana. This was the start of a complex, multi-year investigation that resulted in the recovery of several thousand objects of cultural heritage. This investigation set the stage for what has become the FBI’s largest single recovery of Native American human remains, cultural objects and foreign artifacts to date, and helped to redefine how law enforcement deals with the sensitive area of repatriating ancestral remains and objects of cultural heritage. The collection, noted by scholars and agents alike for its “astounding global and temporal scope” includes material culture from places as diverse as Canada, China, Colombia, the Dominican Republic, Ecuador, Haiti, Italy, Mexico, New Zealand, Papua New Guinea, and the United States.

Dr. Cusack-McVeigh is an Associate Professor of Anthropology and Museum Studies in the IU School of Liberal Arts at Indiana University-Purdue University Indianapolis. She holds appointments as a Public Scholar of Collections and Community Curation, and as an Adjunct Professor of Native American and Indigenous Studies at IUPUI. She also serves as a Research Affiliate at the UAF Museum of the North in the Ethnology and History Departments, and as an Affiliate Assistant Professor of Anthropology at the University of Alaska Fairbanks. Her research is based on many years of working with Alaska Native communities, tribes throughout the continental United States, and Indigenous groups in Canada, New Zealand, Peru and South Africa. Her most recent publication, Stories Find You, Places Know: Yup’ik Narratives of a Sentient World, explores the ways a Bering Sea Yup’ik Eskimo community uses stories of place in social life. Another element of her research agenda is an ongoing collaboration with the Federal Bureau of Investigation which resulted in the recovery of several thousand objects. Her work with the FBI Art Crime Team exemplifies her broad scholarship on cultural heritage, the antiquities trade, looting, and repatriation with Indigenous partners.