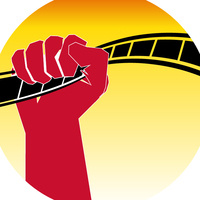 The Social Justice Summer Camp will not be held this year, due again to COVID-19 restrictions. However, to continue the work of the camp, we will be holding a virtual Social Justice Summer Film Club as one of the most popular aspects of the summer camp is the evening film series and discussions.

With so many issues related to social justice over the past year, we are very excited to talk and explore with past and future campers! During the month of July, we will host three evening discussions about a few amazing and powerful films, moderated by camp counselors Joseph Flynn, James Cohen and Michael Manderino.

We ask participants to screen the films in advance and then join the Film Club for small- and large-group discussions. Participation in the Social Justice Summer Film Club is free of charge, however there may be a small rental fee depending on the title.

July 13: The Black Panthers: Vanguard of the Revolution (2015)
Facilitated by Joseph Flynn
This documentary tells the rise and fall of the Black Panther Party, one of the 20th century's most alluring and controversial organizations that captivated the world's attention for nearly 50 years. (From IMDB)

July 20:  Coded Bias (2020)
Facilitated by Michael Manderino
When MIT Media Lab researcher Joy Buolamwini discovers that facial recognition does not see dark-skinned faces accurately, she embarks on a journey to push for the first-ever U.S. legislation against bias in algorithms that impact us all. (From IMDB)

July 27: Which Way Home (2009)
Facilitated by James Cohen
"Which Way Home" is a feature documentary film that follows unaccompanied child migrants, on their journey through Mexico, as they try to reach the United States. (From IMDB)

Click on the film titles above for more information.

All participants must RSVP for each evening through the link below. Please feel free to share this opportunity with colleagues as an introduction to the camp and a sampling of what we do. Zoom meeting links will be sent to all who register.

Happy screening, and see you all soon!