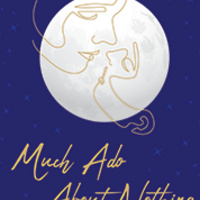 Much Ado About Nothing - NIU School of Theatre and Dance

The School of Theatre and Dance's adaptation of Much Ado About Nothing is set in a brothel where the women run the household and the men don't make all the rules. Conventional gender roles are overturned while sexual metaphors abound in this bawdy tale set in the18th century - when the military are coming home from a successful battle abroad. And the returning officers are ready to have fun. A feminist take on a much beloved classic of the Shakespeare canon provides much frivolity and wit, spying and mis-observing, and most important, a most modern critique of romantic love and marriage.  Beatrice and Benedick are caught up in a thought-provoking sexual battle of wordplay and sharp barbs. Can they both win?