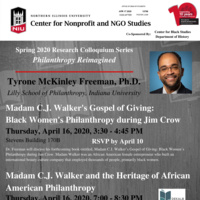 African Americans give at least $11 billion to nonprofits each year. Despite the toll that four centuries of slavery and discrimination have taken on black earnings, African Americans regardless of their economic status, have long given generously of their money and time.