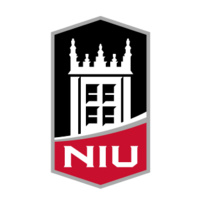 LLI: More than a Sport: Culture & Soccer Around the World

Soccer (also known as football in most of the English-speaking world) is widely acknowledged as the world’s most popular sport. While this is true, soccer is also far more than just a sport in many places. Beyond goals and saves and wins and ties and losses, understanding soccer in local contexts can also provide a window into understanding culture and politics locally. At the same time, soccer transcends borders and languages and provides an important backdrop to experience our common humanity globally.

This class will explore a handful of unique insights into soccer in different places around the world with an eye to understanding culture, politics and even economic forces. This exploration will include a consideration of soccer at all levels from youth to professional. Participants will also spend one session focused on the world’s most famous soccer tournament, the World Cup, and its organizers, FIFA. (The Men’s World Cup will be held again in Qatar later in 2022, and the next Women’s World Cup will be held in Australia and New Zealand in the Summer of 2023.) Finally, we will also spend one week of class specifically exploring the history and rise of women’s soccer, and the cultural and political issues associated with the game.

Convener: After nearly a quarter century in public education as a teacher, principal, and school district administrator, today Jason Klein serves as the Director of P-20 Initiatives at Northern Illinois University. In addition to facilitating the Illinois P-20 Network and serving as a researcher as part of the NIU P-20 Research & Data Collaborative, Jason is also responsible for supporting the Lifelong Learning Institute. Jason’s primary athletic pursuit as a child was soccer before beginning to race bicycles, and Jason has been a lifelong sports fan and had an interest in the intersection between sport and life beyond sport since he was an adolescent.

When you register for one of our courses, you’ll be given a Zoom meeting ID and password to get into a session along with a link to meet on your computer and a phone number if you chose to call in to the class.