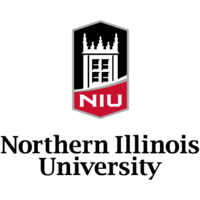 Hollywood films have much to do with how we think about history.  This course will examine the representation of old New York City in four feature films:  The Gangs of New York,

The Age of Innocence, The Greatest Showman, and Citizen Kane.  Course format will be mostly guided discussion, and to participate fully, please view the assigned films each week.  (Information on streaming availability will be provided.  All of the films are available from the DeKalb Public Library and many other libraries.)  The four film texts provide contrasting aims and artistry in the depiction of Manhattan in the 1800s.

Convener:  Jeffrey Chown has a Ph.D. in American Studies from the University of Michigan.  He taught film-study classes in the communication studies department at NIU for 37 years, where he was a Board of Trustees Professor.  He is the author of Hollywood Auteur:  Francis Coppola.  Among documentary films he has directed are:  Barbed Wire Pioneers and Lincoln and Black Hawk.  He is presently finishing a historical novel set in New York City during the Boss Tweed era.

The NIU Lifelong Learning Institute (LLI), established in 2000, is a member-directed group of individuals primarily age 50 plus who enjoy learning in informal, flexible, non-competitive groups and like connecting with peers who share their interests. No grades, no tests – just Learning for the Fun of It.

When you register for one of our courses, you’ll be given a Zoom meeting link to get into the session.

$45 for the entire Winter term