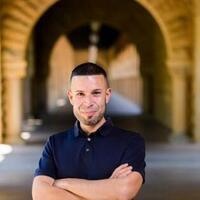 Jonathan Rosa is an associate professor in the Graduate School of Education, Center for Comparative Studies in Race and Ethnicity, and, by courtesy, Departments of Anthropology, Linguistics, and Comparative Literature at Stanford University. Professor Rosa is also director of Stanford’s program in Chicanx-Latinx Studies and
co-director of the Center for Global Ethnography, as well as president of the Association of Latina/o and Latinx Anthropologists of the American Anthropological Association. He is the author of the award-winning book "Looking like a Language, Sounding like a Race: Raciolinguistic Ideologies and the Learning of Latinidad" (2019, Oxford University Press) and co-editor of the volume "Language and Social Justice in Practice" (2019, Routledge). His work has appeared in scholarly journals such as the Harvard Educational Review, American Ethnologist, Journal of Linguistic Anthropology, and Language in Society, as well as media outlets such as The New York Times, The Nation, NPR and Univision. Professor Rosa obtained his M.A. and Ph.D. degrees from the Department of Anthropology at the University of Chicago, and his B.A. degree in linguistics and educational studies from Swarthmore College.

With support from the Department of Anthropology, and NIU College of Liberal Arts and Sciences