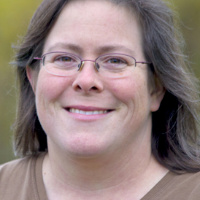 Rapid change is coming to a few previously isolated rural regions of Timor-Leste following the government’s decision to pursue megaprojects as a national development model.  A decade after the nation’s 2002 independence, the sudden availability of oil revenues enabled a national strategic development plan that envisioned dispersed megaprojects as revenue producers for the nation.  The two areas primarily affected are Timor-Leste’s south coast, where government programs are forging ahead with onshore facilities for an oil and gas industry, and the Oecusse-Ambeno enclave, which in 2013 was declared the site of a $4.11 billion project with an as-yet-undefined focus for a Special Economic Zone.  Public money is now disproportionately spent on infrastructure development in these previously remote regions, for projects with uncertain future trajectories.  This talk discusses the causes and effects of this choice of national development strategy, drawing on long-term fieldwork in a location and political context of profound and unexpected change.

Dr. Yoder's research focuses on human-environment interactions in remote villages and urban centers of Southeast Asia and Latin America. She has sought to understand rural people’s realities by working alongside smallholder farmers and forest dwellers and to communicate their priorities to national and international policymakers. Most of her work has been in situations of conflict, disaster, chronic poverty, or political marginalization. From people in these contexts, she has seen hope, joy, and how much there is to learn in unexpected places. Her ongoing work in Timor-Leste examines the interactions between customary and state authorities regarding land and forest management.