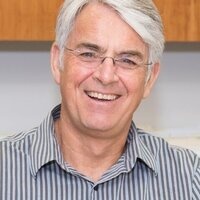 Title: "A World of Work: Tensions Between Globalization and Education in Vietnam"

Vietnam’s integration with the global market initiated a boom in investment, exports, and non-farm jobs. The vast majority of new jobs created are for lower-skilled workers. This has created a tension for adolescents between continued schooling and labor market participation. On one hand, rising household incomes and public investments in educational services tend to keep children in school for longer. On the other hand, rapid growth of low-skill labor demand raises the opportunity cost of schooling beyond the legal working age. Data on school enrollments and test-taking rates and scores for the Grade 10 entrance examination (a screening test for upper secondary school) confirm that these opposing forces apply with different weights for different groups. While education has advanced across the entire population and education gaps between urban and rural populations have diminished, children of poorer and ethnic minority households have made far less progress, especially in the transition to upper secondary school, than their peers from wealthier and ethnic majority households.

Dr. Coxhead teaches and conducts research in development economics.  His research focuses on problems of globalization, growth, and development, mainly in East and Southeast Asia. At UW, he is a faculty affiliate of the Center for Demography and Ecology, Institute for Research on Poverty, Center for Southeast Asian Studies, Center for East Asian Studies, and La Follette School of Public Affairs. Since 2016, he is also an Honorary Professor in the Arndt-Corden Department of Economics, Australian National University, as well as a member of the inequality measurement, interpretation, and policy network in the Human Capital and Economic Opportunity Global Working Group at the University of Chicago.

The Asian American Resource Center is located in the Health Services Building, entrance on the south side facing Williston (look for red awning).