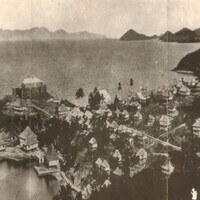 This lecture critically engages with how a gendered rhetoric of protection muted women’s voices in both contemporary accounts and scholarly works on resistance in Culion. The pervasive rhetoric of protecting women’s health, wellbeing, and morals obscured women’s exercise of agency and struggle for autonomy against male and female authority figures. Drawing on contemporary accounts of a March 1932 protest against the ban on marriage and cohabitation as well as some primary evidence from the patients themselves, this presentation will bring several examples of women’s subversion of such rhetoric to the forefront. They rejected the notion of women as mere followers of Filipino men and wards of the Catholic nuns and the American colonial state.

Prof. Pamonag serves as Associate Editor of the “U.S. in the Philippines” team of the “Women and Modern Empires [WAME], 1840 to the present” project, directed by historians Kathryn Kish Sklar and Thomas Dublin. This peer-reviewed online collection is co-published by the Center for the Historical Study of Women and Gender at the State University of New York, Binghamton, and Alexander Street Press of Alexandria, Virginia. The entire project will be online in 2017.

Prof. Pamonag has won several grants and awards. She was awarded a National Endowment for the Humanities (NEH) Fellowship for her project on leprosy patients' activism in early twentieth-century Phillippines. She also won a Summer Stipend Award from the NEH to support archival research on the same project. She was one of sixteen post-secondary instructors in the United States selected to participate in the Fulbright-Hays Seminars Abroad to China in summer 2013. She also won two WIU University Research Council Grants and two WIU Faculty Summer Stipends to support her research.

Prof. Pamonag has supervised several graduate and undergraduate students’ research. Four of her students have won awards: Samantha Heinrich's paper "The 'Savage' Filipinos and Their Dog-Eating Habits" was honorable mention in the best paper, graduate category, in the 2016 Phi Alpha Theta Regional Conference; Madeline Olejnik’s paper “Representations of Women in Post-1949 China” was a co-winner in the Department of History’s 2014-2015 Judy Ellen Thompson Prize for Best Undergraduate Paper in a History Course; Lauren Armstead was the Department of History’s first-place winner in the 2012 Undergraduate Research Day poster competition for “Maternal Bond in Hiroshima Narratives of Survival”; and Lara Zink took third place in the graduate division in the 2010 Phi Alpha Theta Illinois Regional Conference for her paper “Historical Fiction in the Classroom: Linda Sue Park’s When My Name Was Keoko.”