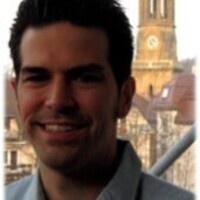 Title: “The Masks of Rama: Incarnations of Ramakien Theatre in Thailand”

Based on ethnographic field experiences in Asia, this talk explores theatrical politics and performative methods to trace the contested manifestations of the Ramayana epic in Thailand. It critically contextualizes the Ramakien in Thailand within frameworks of ongoing symbolic, political, and economic crises. With a methodological focus on participation and performative collaboration, this project also generates new opportunities for reciprocal, dialogic engagement with theatrical practitioners. Through performative ethnography and artistic collaboration, it tracks the Ramakien’s persistent cultural and political incarnations. In the meaningful metaphors of Ramakien-based masked theatre called khon in Thailand, masked enactments originated in shadow plays, martial arts, dance spectacles and staged dramas performed exclusively for royal courts. Prior to the last half century, all khon performers wore masks and thus needed narrators to project the voices of their characters. Rama, the incarnation of Vishnu and central figure in the Ramayana, previously was, like nearly all of the hundreds of individual characters, masked. The narrators still retain their roles alongside musical performers, despite a relatively recent adaptation that divine humans, such as Rama and Lakshman, his brother, are not masked, but wear elaborate crown headpieces and stylized makeup. The Masks of Rama spotlights the Ramayana’s adaptations and malleability, Rama’s masking and unmasking and the cavalcade of symbols encompassing these prodigious phenomena in the era of Rama X. The Ramakien’s cultural and political displays in Thailand demonstrate its transnational aesthetic proliferation through material traditions of artistic practice that showcase the myriad symbolic expressions and political contestations of performance.