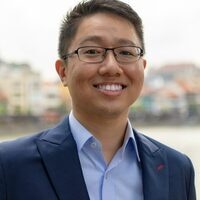 Title: “Is It Worth It? Building Opposition Alliances in Electoral Autocracies”

Building pre-electoral alliances more than doubles the opposition’s chances of defeating incumbent autocrats. Yet, dueling opposition party leaders frequently fail to agree on the costly compromises necessary for coordinating candidate selection and electoral campaigns. Under what conditions will opposition elites build pre-electoral alliances? This talk argues that opposition elites will build alliances only when they assess that the benefits of alliance formation exceeds its costs. This scenario occurs when all opposition elites perceive that the regime is increasingly vulnerable and that their parties are mutually compatible with each other. Dr. Ong illustrates the theory through a paired historical comparison of opposition alliance formation in 1986 Philippines and 1987 South Korea, supported by evidence from secondary literature, newspaper reports, Congressional hearing transcripts, and declassified CIA and State Department reports from the Reagan era. He also demonstrates how recurring episodes of opposition alliance formation in Malaysia and non-formation in Singapore from 1965 to 2018 corroborate the theory.