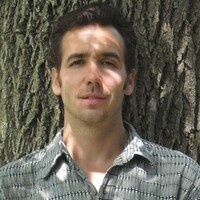 Title: “Reframing the Borders of Belonging: Crypto-Nationalism in the Akha World of the Upper Mekong Region”

In this talk, Professor Micah Morton discusses the work of certain ethnic Akha elite to promote a pan-Akha identity among their roughly 730,000 ethnic kin residing throughout the Upper Mekong Region. The region’s ongoing transformation from battlefields to markets is being accompanied by the growth of more formal transborder ties among a number of non-dominant ethnic groups, such as the Akha, Dai-Lue, Lahu, and Hmong. Since the late 2000s, a network of self-declared “Neo-Traditionalist” Akha elite based in the Thai-Myanmar borderlands has been recrafting the religio-political borders of belonging in a larger “Akha World” in the making that encompasses multiple local, national, and regional borders.

Micah Morton's analysis of this particular Akha case moves beyond long-standing views of borders as peripheral sites of rupture, enclosure, and limitation towards an equal consideration of borders as central sites of continuity, permeability, and possibility. He further describes Akha elites’ larger world in the making as a “crypto-nationalist” formation or non-state space nevertheless shaped in the likeness and image of the nation state on multiple fronts. Most Akha elite are adamant that their larger world building project is anything other than a state project, all the while exhibiting an acute awareness of their lacking any state of their own yet adopting many state-making technologies. The latter positions are the preeminent traits of the concept of “crypto-nationalism” as introduced in the talk.

Dr. Morton is a cultural anthropologist whose work focuses on borders and transnationalism, state-minority relations, decolonizing movements, religious and spiritual ecologies, religion and politics, ethnicity and nationalism, and the global Indigenous Peoples’ movement. His work highlights the multiple and shifting discursive forms and meanings of the categories of ethnicity, religion, and Indigeneity as they travel and encounter diverse interlocutors. Geographically, his work is primarily based in Mainland Southeast Asia and its borderlands with southwest China. His work further examines various dimensions of the sociocultural impacts of China's rise on Southeast Asia. Recent publications include: “Where the Rubber Meets the Road: Shifting State-Society Relations and Emerging Resource Frontiers in China's Southwest Borderlands" in Asian Ethnology (2020; co-authored with Jianhua Wang) and “From Hill Tribes to Indigenous Peoples: The Localization of a Global Movement in Thailand” in the Journal of Southeast Asian Studies (2019; co-authored with Ian G. Baird). At NIU, Dr. Morton holds joint appointments in the Department of Anthropology and the Center for Southeast Asian Studies.