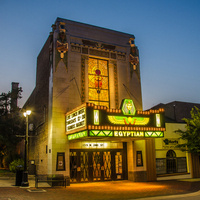 Come enjoy the beauty and imagination of anime at the NIU Anime Film Festival featuring Akira and The Girl Who Leapt Through Time. Both films are free to NIU and the public.

Akira, the 1988 classic credited with introducing anime to American audiences, is a stunning visual masterpiece of sci-fi imagination. It tells the story of two friends in a futuristic cyber-punk Tokyo. One gains psychic powers. The other must stop his trail of destruction. Directed by Katsuhiro Ôtomo and filled with dazzling imagery, violence, and strong social critique, Akira is rated R. (Begins at 8:00)

The Girl Who Leapt Through Time (2006) tells the story of a teen-aged girl who discovers she has the ability to time travel. As she uses her new ability to change her life she comes to find she is also affecting those around her. Directed by Mamoru Hosada, this coming-of-age story is not rated but young adult appropriate.    (Begins at 6:00)

Both films are English dubbed.

Free to NIU students and pubic